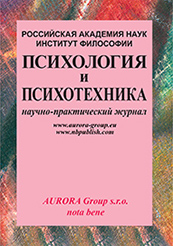 Review: The subject of the study is comorbid disorders of children with mental retardation. The object of the study is the frequency of comorbid disorders of the children with mental retardation. Using a retrospective analysis of medical records, the authors examine in detail the neuropsychiatric manifestations and behavioral stereotypes that frequently occur in the study sample of children. These behavioral stereotypes or comorbid disorders were noted by parents or health care professionals who interacted with the children. The total sample included 1,000 preschool and young children (from 1.5 to 7 years old) with various neuropsychiatric speech diagnoses - delayed speech development, autism spectrum disorders, delayed psycho speech development, and other unspecified speech diagnoses. The main finding of this study is that a list of the most common comorbid disorders was compiled. Using this list of the most common behavioral disorders, it is possible to make a screening assessment of mental development and identify the degree of its delay on the basis of the formed behavioral and speech patterns. This will help specialists (psychologists, speech therapists, defectologists and neuropsychologists) working with children to provide them with the necessary assistance in a timely manner. The scientific novelty of the study lies in the fact that previously no comprehensive list of the most common behavioral disorders of the children with mental retardation was compiled. This list made it possible to differentiate the primary diagnosed child into one or another group according to the belonging to the diagnosis, with subsequent more thorough verification of the diagnosis.
Keywords: assistance to a specialist, behavioral disorders, speech disorders, behavioral stereotypes, primary diagnostics, list of violations, behavioral features, mental retardation, delayed speech development, autism spectrum disorder
Ýňíîń č ýňíč÷íîńňü

Review: The object of the study is people with autism spectrum disorders, the subject is the expectations of taste when they perceive a certain color. The aim is to experimentally test the hypothesis that due to the specifics of sensory processing and the lack of multisensory integration, their crossmodal taste–color correspondences differ from the associations of neurotypical people not only in the structure and occurrence of individual associations, but also in the richness, cognitive significance and semantics of choice. The experiment involved 20 respondents with autism spectrum disorders (7 men and 13 women) aged 18 to 20 years. Their responses were compared with the results of a control group (N=20) with the same socio-demographic characteristics. Experimental stimuli in the form of a bar package had five different colors (green, yellow, red, pink and blue) and were shown to participants on a computer screen. The experiment showed that when perceiving the color of the product packaging, people with autism spectrum disorders have significantly different expectations of taste compared to neurotypical participants. In the most cases their associations of color with taste are not conventional and logical (this type of associations dominate in the control group), but creative – expressive and hidden. The associations revealed in the experimental group often have an emotional nature, are less dependent on the context and have a more free character. The results obtained can be used in clinical practice, in the education system and in the activities of social institutions.
Keywords: associative experiment, color perception, cross modal correspondences, color associations, taste, color, autism, color cognition, cognitive salience, color identity