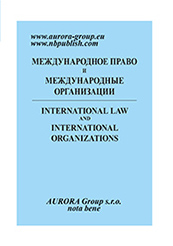 Review: The subject of this article is the Melloni decision, which was rendered by the Grand Chamber of the Court of Justice of the European Union on February 26, 2013. The purpose of the work is to analyze this decision, which the modern Dutch researcher L. Besselink considers as determining the modern parameters of the conflict between EU law and the constitutional law of the member states. The article uses such methodological techniques as analysis and synthesis. The structure of the article reflects the circumstances of the case; the content of the preliminary request sent by the national Court; the sequential consideration of issues by the EU Court; as well as the subsequent decision of the Constitutional Court of Spain, which was made on the basis of the position of the Court. The article concludes that the "supremacy, unity and effectiveness" of EU law requires that the national court refuse to apply higher national standards in favor of acts of the Union, including those that do not have direct effect. By its nature, the decision of the EU Court of Justice is rather deaf in relation to the constitutional features of the member states. It is noted that the court should have adhered to a more compromise position taken in the case of Omega, Sayn-Wittgenstein and Filipiak. In general, this solution has great theoretical value for specialists studying EU law.
Keywords: constitutional law, constitutional court, constitutional identity, national identity, rule of law, supranationality, EU Court of Justice, European Union, EU law, court
Question at hand

Review: The geopolitical feature of the Black Sea region is its "cross" position, since it is here that the interests of not just neighboring states meet, but also western and eastern religious, and broader cultural traditions. The territorial location of the Black Sea makes it an important strategic zone at the intersection of the borders of Europe, Central Asia and the Middle East. The region, which has significant potential for economic development, has traditionally been a sphere of intersection of interests of both maritime powers and countries seeking to gain influence in this zone by establishing control over them.This article is devoted to the problem of relations between Russia and Georgia in this region, analyzed by the author from an international legal perspective. The basis of the study of the potentially high conflictogenicity of the Black Sea zone is currently an appeal to the history of the issue, which allows us to reveal the cause-and-effect relationships of the confrontation between countries for the possession of those benefits to which domination in the region opens access. The article examines the relations between Russia and Georgia over the Black Sea in the context of the Georgian side's interactions with the West, in particular with the European Union and NATO. The author draws an important conclusion that the deterioration of relations between Georgia and Russia was a step-by-step process that began after the collapse of the Soviet Union and has been going on up to the present time, when it reached its highest point. Determining the prospects for the development of bilateral relations is of great importance due to the fact that conflicts with Russia, which is a key force in the region, can have a negative impact not only on trade and economic relations between the countries, but also on security policy.
Keywords: GUAM, geopolitics, international relations, international treaties, Black Sea region, European Union, NATO, Russia, Georgia, maritime law
INTERNATIONAL ORGANIZATIONS AND DEVELOPMENT OF SPECIFIC BRANCHES OF INTERNATIONAL PUBLIC LAW

Review: The object of the study is topical issues of the impact of international information security on the exercise of the right of ethnicities to self-determination. The subject of the research is the state of legal support of information security at the international level, the concept of international information security, the relationship between the right of peoples to self-determination and the principle of territorial integrity of states. The author considers such issues as the prohibition of military operations or repressive measures directed against dependent peoples. Particular attention is paid to the impact of international information security on the exercise of the right of peoples to self-determination in Russia. The methodological basis of the study is the dialectical method of scientific knowledge. The author also used general scientific methods of systemic, structural and functional analysis and special research methods: comparative legal, formal logical. States must refrain from any actions in the information sphere that are aimed at partial or complete violation of the national unity and territorial integrity of any other countries. Insufficient political, economic and social preparedness or insufficient education should never be used as a pretext for achieving independence. Any hostilities or repressive measures of whatever nature directed against dependent peoples must be stopped in order to enable them to exercise in peace and freedom their right to full independence, and the integrity of their territories must be respected.
Keywords: International, information, security, garantee, right, peoples, self-determination, prohibition, hostilities, the Internet
International law and international organizations interaction

Review: The post-Soviet countries are one of the main directions of Russian foreign policy, and the problems of national and regional security are key to the current agenda. These issues are dealt with by several international organizations in the region, while their functions overlap and there is no clear coordination between them. As a result, it becomes necessary to set priorities for Russian diplomacy in relation to these organizations. The article compares two international security organizations - the Collective Security Treaty Organization and the Shanghai Cooperation Organization - in terms of their effectiveness as institutions of international relations and compliance with Russian interests. The comparison is made through the history of the formation and development of these institutions, as well as the adopted regulatory documents and ongoing projects of the CSTO and the SCO. The scientific novelty of the research is the preference of one organization over another, while the result of most such studies is a statement about the need to make efforts for their parallel and full development. The author of the article comes to the conclusion that it is expedient to give priority to the development of the CSTO. The conclusion is made on the basis of the original goals of the founders of the organization, the alignment of forces in them, the dynamics of their development, their institutional problems and the elaboration of their conceptual documents.
Keywords: social institution, international relations, social organization, national security, regional security, CSTO, SCO, postsoviet region, non-traditional security threats, national interest
INTEGRATION LAW AND SUPRANATIONAL UNIONS