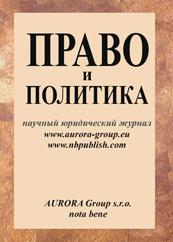 Review: The article is a continuation of the presentation of the results of the study of the current state and consideration in retrospect of the existing cases of exclusion of UNESCO World Heritage sites from the World Heritage List. Focusing on the general problems of conservation of World Heritage sites, the authors extrapolate the findings to the situation in the field of conservation of the World Natural Heritage site Lake Baikal in order to develop proposals to improve the situation in the field of ensuring its protection. In particular, the problem of insufficient certainty and clarity in establishing the boundaries of World Heritage sites is noted, in order to solve which a proposal is made to consolidate the regime of World Natural heritage sites in the law "On Specially Protected Natural Territories", with the mandatory formation of a unified administration and approval of the boundaries of such a protected area by an act of the Russian Government, taking into account the requirements of the World Heritage Convention and Guidelines for the application of the Convention when they change. The problem of preserving the appearance of cultural heritage is also considered, since the issue of aesthetic perception of the lake and its immediate surroundings is considered important from the point of view of fulfilling obligations under the Convention on the Protection of World Heritage (taking into account the fact that Baikal is recognized as a World Heritage by all four criteria for assessing outstanding universal value). The lack of representation of protection of natural beauty at the national level is noted, since the current legislation does not contain tools for the protection of Baikal landscapes. Based on the results of the analysis of the world practice of excluding World Heritage sites from the List, the authors conclude that the extrapolation of the main reasons for such exclusionof Lake Baikal as a World Natural Heritage site necessitates the state to develop and make appropriate adjustments to the legislation on the protection of Lake Baikal and to the practice of its application, regardless of the relevant UNESCO events.
Keywords: legal protection, object mode, exclusion of objects, object boundaries, natural heritage, cultural heritage, world heritage site, Lake Baikal, World Heritage List, UNESCO World Heritage Site
JUDICIAL POWER