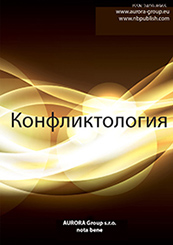 This issue is currently being formed. All articles presented on this page have already been included in this issue, are considered published, and will remain unchanged in the final version of the issue along with other metadata of the articles.
Founder: Dr. Danilenko Vasiliy, w.danilenko@nbpublish.com
Main editor: Bol'shakov Andrey Georgievich, , bolshakov_andrei@mail.ru

Review: The author analyzes the features of the expert activity of the RAND Corporation at the end of the twentieth century, aimed at studying the colonial experience of counterinsurgency activities of the British Empire during the interwar period. The position of the American analytical center on the possibility of using such experience in modern conditions is considered. A comparison is made of the conclusions of RAND Corporation experts on a similar issue in an earlier historical period - the Cold War era. The reasons for the change in the views of the experts of the analytical center on the question of the potential possibility of applying the colonial experience of the counterinsurgency of the British Empire are revealed. Thus, the characteristic features of the academic examination of US foreign policy decisions at the end of the twentieth century are analyzed. The analysis showed that the RAND Corporation considered this experience useful to the United States, since this analytical center believed that the United States after the end of the Cold War found itself in the same position as the United Kingdom after the First World War. At the same time, the United States repeats the same mistakes that the British Empire authorities made – reducing spending on the army, shifting the emphasis from using infantry in anti-insurgency operations to modern weapons, spreading pacifist ideas and reducing the level of military training. Also, the RAND Corporation for the first time evaluated the colonial experience of the British Empire in a negative way, thereby advocating a return transfer. The United States of the late twentieth century, according to the analytical center, should make decisions not similar to those taken by the British authorities in the interwar period, but opposite to them. This approach is explained by the fact that the RAND Corporation had to provide information support for increasing spending on the US armed forces and maintaining large contingents of troops.
Keywords: rebellion, expertise, counterinsurgency, transfer, colonial experience, Interbellum, British Empire, counter- guerrilla activities, RAND Corporation, analytical center
Peacekeeping work of modern countries and international organizations

Review: In this article, the author elaborates on the structure of the purchase and rental of arms and other equipment used in United Nations peacekeeping missions. Moreover, the author determines the place of the Russian Federation in this process. The objectives of the work are to identify weaknesses in the system of procurement and rental of arms and other necessary equipment by the United Nations peacekeeping forces, determine the place of the Russian Federation in the system and draw up a single step-by-step instruction, Includes an analysis of pre-qualification requirements for the supplier, the UN Supplier Code and various levels of registration with a list of required documents, for registration of suppliers and the participation of the latter in international competitive bidding. Disadvantages of the system of purchase and lease of armament and other equipment necessary for implementation of UN peacekeeping missions have been revealed, imbalance in supply of lethal weapons between the countries of the collective West and the Russian Federation has been found. A number of scientific publications, both domestic and foreign, are devoted to peacekeeping. It follows that the relevance of the article is due to the little study of the structure of procurement and rental of weapons and other equipment used in UN peacekeeping missions.
Keywords: UNPD, ERPSD, ERP, USG DOS, Letters of Assist, Procurement, Arms, Peacekeeping, UN, Russian Federation