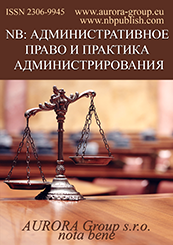 Review: The object of the study is the relations of subsurface use in New Zealand, the subject is the legal regulation of the exploitation of New Zealand natural resources contained in the subsurface and on the seabed - in sulfide fields. The author examines in detail the state mechanism of environmental management, paying special attention to the role of local authorities and the indigenous Maori population in the procedure for granting the right to use mineral deposits, as well as the specifics of the search and production of hydrocarbons on the continental shelf, the legal regime of Antarctica, New Zealand subantarctic territories and water areas. The article examines the institution of ownership of land and subsoil, the permissive procedure for the use of natural objects. The relevance of the work is due to its practical significance and reflects domestic economic interests in Oceania. The scientific novelty of the article lies in the originality of the work containing fundamentally new information on the subject of research - the only one in Russia and one of the few published scientific works on New Zealand natural resource law in the world. The publication analyzes the laws in the current year's edition, it can be used for comparative jurisprudence, in the legislative process, for educational, scientific and other purposes, the article contains conclusions on the text and at the end of the study. The conclusion about the sovereignty of the British Crown over the exclusive economic zone and the continental shelf of New Zealand, the proclamation of the New Zealand sovereign as the owner of the natural resources of the relevant waters, contrary to the norms of international maritime law, is important for ensuring peace and global security. The experience of municipal and parliamentary control, specialized environmental justice of New Zealand can be used by the Russian Federation.
Keywords: New Zealand foreign investment, New Zealand local government, subsoil use management, permission for subsurface use, marine permit, international maritime law, new zealand continental shelf, natural resource law, ownership of mineral resources, ownership of land
Administrative law, municipal law and information security

Review: The object of the study is public relations regulating the determination of the jurisdiction of judicial disputes involving multifunctional centers for the provision of state and municipal services (MFC) on the territory of the Russian Federation. The subject of the study is the regulatory regulation of disputes involving the MFC. The purpose of the study is to identify theoretical and practical gaps in the regulatory legal regulation of the activities of multifunctional centers for the provision of state and municipal services and its interaction with public authorities and citizens–applicants. In the course of the study, methods of scientific-theoretical and scientific-practical analysis, comparative legal characteristics, formal-logical and analytical research methods were used. The topic under consideration is relevant due to the growing number of administrative disputes in the sphere of interaction between state bodies and citizens, as well as due to the large coverage of the population with MFC services (96%), which, given the weak legal regulation of the issue of MFC litigation, creates a serious problem. The novelty of the study is that the legal status of the MFC is analyzed from the point of view of the independence and autonomy of the subject of legal relations in court disputes and the gaps in federal legislation regulating the activities of the MFC are investigated in the light of its connection with the jurisdiction and scope of administrative proceedings. According to the results of the study, it was found that the norms of Federal Law No. 210 do not allow unambiguously establishing the jurisdiction of a dispute involving a multifunctional center and do not contain a judicial procedure for considering a dispute as such.
Keywords: complaint, applicant, citizen, administrative claim, jurisdiction, administrative proceedings, MFC, multifunctional center, cooperation agreement, regulations
Theory and science of administrative and municipal law

Review: In this article, the author analyzes approaches to the concept of "juvenile justice", examines the links of the juvenile justice system in the Russian Federation. In the Russian Federation, increased attention has always been paid to the rights and freedoms of minors, and the state takes special care of them and provides protection, including through legal regulation of this area of its activities. The article presents its own vision of the concept of the content and system of juvenile justice. In the scientific study, the author's vision of the juvenile justice system is proposed, the juvenile justice system in the modern period of the development of the Russian state should be understood in a broad sense, and its system should form three blocks (subsystems). At the same time: the jurisdictional subsystem is represented by juvenile courts, implementing criminal justice and proceedings on administrative offenses; the preventive subsystem (prevention) by the subjects of the system of prevention of offenses and crimes; the subsystem of resocialization (as a complex measures to work with minors to include them in a normal social environment and restore their positive personal properties and characteristics) – an extremely wide range of subjects, for example, authorized law enforcement officers and, above all, employees of internal affairs bodies, guardianship and guardianship authorities, teachers, psychologists, social workers, etc.
Keywords: minors, concept, law, courts, internal affairs bodies, juvenile courts, commissions, juvenile justice, prevention system, resocialization of minors
Liability in administrative and municipal law